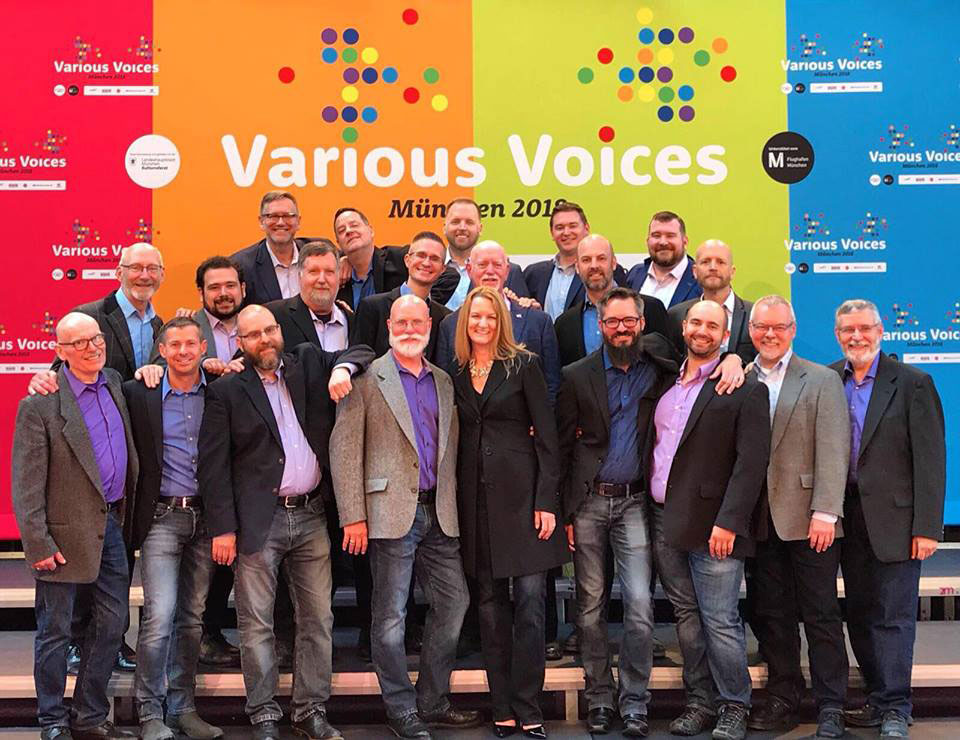 Two of GMCW’s small ensembles, Potomac Fever and Rock Creek Singers, travelled to Munich, Germany last week to attend the Various Voices Festival.  We had 36 singers on the trip, and we performed seven times.  There were 93 choruses from 17 different countries participating in the Festival, including three other GALA choruses: Our Song (Atlanta), One Note (small ensemble from the Hartford Gay Men’s Chorus), and MenAlive – The Orange County Gay Men’s Chorus.  Most of the performances took place on the stages of the Gasteig Performing Arts Center, with additional outdoor performances in Max-Joseph-Platz and in Odeonsplatz in central Munich.

Highlights for our group included participating in the mass chorus of nearly 3,000 singers gathered in the Odeonsplatz to perform Orff’s dramatic Carmina Burana while a huge pride flag flew over the crowd; performing on a boat on Lake Starnberg and receiving a standing ovation after singing Make Them Hear You;  and joining with members from fellow GALA choruses to form a North American Chorus under the brilliant direction of Our Song’s Dr. Robert Glor.  Other memorable moments include hearing 7 Renk Coro from Mersin, Turkey and recognizing the personal risk they take in being “out” in their country, then realizing that they could finally be free—and safe—at Various Voices; and cheering on QWERTY Choir, the first LGBTQ chorus from Ukraine (there are now four!), who we befriended while on our tour to Ukraine in 2016.  It was truly an international summit for LGBTQ equality!

As with most choral festivals, we were up early each morning for a sound-check or rehearsal, and out late each evening for social gatherings sponsored by the host choirs* and by Legato, the association of European LGBTQ choruses.  These were wonderful opportunities to mingle with new friends.  We heard performances by choruses as few as three and as large as 75, singing in dozens of languages, all singing for their lives.  And of course there were also plenty of biergartens along the way (currywurst and pretzels the size of your head were among the most popular choices)!  We came home exhausted, but with our hearts filled with gratitude.

It was inspiring to see and hear the work that is being done around Europe and beyond, and it was incredibly humbling to be ambassadors representing not only GALA, but the United States. We are already looking forward to the next Various Voices Festival in Bologna in 2022! 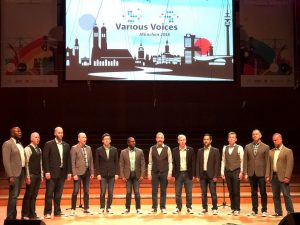 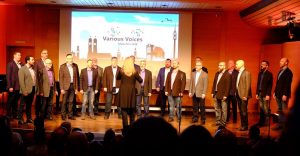 
Video of Potomac Fever singing Sara Bareilles’ “You Matter to Me”