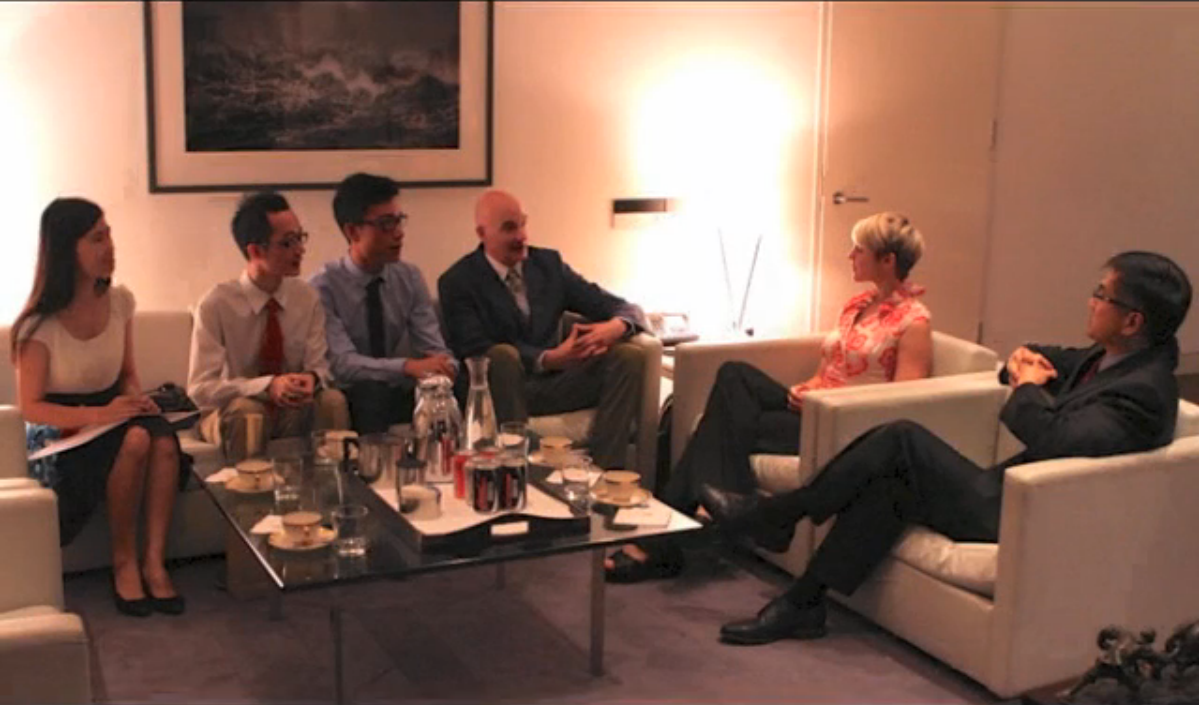 After Chen, Roy, Faye and I met with Ambassador Gary Locke we spent a few hours debriefing about the meeting, the concert, and the future of the Shining Jazzy Chorus. Faye (who has been one of the music directors of the group) said to me, “Before you came, we never really looked at ourselves. Now we have a whole new perception of who we are and what we can do.” This, to me, was the best possible outcome of my two weeks spent with the chorus: an ability to look much further ahead and take on new accomplishments. I really enjoyed the musical and staging rehearsal time I had with the chorus, and feel we made good strides in lots of different performance areas. But to see them taking on new roles, new responsibilities, stepping up to the gay choral plate as it were – this is truly marvelous. I feel honored and grateful to have been part of this time in their history.

A plan is afoot to get the Shining Jazzy Chorus (about 12 members or so) to the GALA Choruses Festival in Denver of 2016. I think this is very possible, and would be a life-changing event for everyone involved. I will most likely be creating a new USA Project to bring me back to Beijing in 2015 with a camera crew.