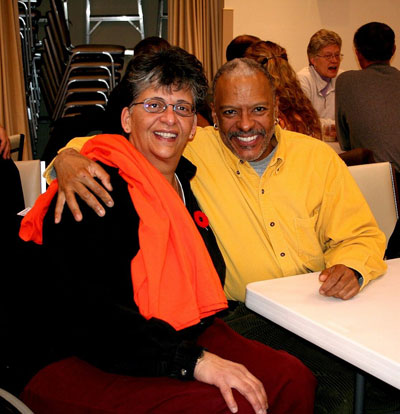 Explore A New Harmony: Equity, Access, Belonging. GALA Chorus’ training workbook is free for use by any chorus.

Curriculum for Classrooms and Conversation

GALA choirs have commissioned hundreds of compositions in our 40-year history. Several of these larger commissions have supporting curriculum designed for middle and high-school students. These resources are available without charge to school and youth choruses, and adult choruses performing these works.

Explore the commissions below for more information. Each of educational materials can be used in conjunction with the complete larger work or with 2-3 pieces from the larger commission.

We Hold These Names Sacred

Vision of the Work:

The first in a series of choral pieces addressing the epidemic of violence, especially murders, of transgender women and in particular trans women of color (TWOC). We hope that this work inspires conversations aimed at cultivating intentional solidarity with TWOC with a work created by two trans women of color. The vision is that this composition will eventually become one movement in a larger work. According to our artistic collaborators: “It’s not just one work. It’s a movement. It’s not just about honoring lives. It’s about saving lives.”

Conversation surrounding the experiences of trans woman of color is necessary and can be extremely powerful in education and activism, including:

Lifting as We Climb

Watch the Lifting As We Climb video including interviews with Joan Szymko, Catherine Roma and commission organizers.

Student Curriculum: An accompanying middle-school curriculum is provided free of charge and includes historical information as well as musical scores.

Joan Syzmko's composition honors the 100th anniversary of women’s right to vote which occurred in the US in 1920 and close to this time in Canada and England. Whereas we recognize the passage of the 19th as a major turning point in our history, countless women remained, and remain, disenfranchised.

The title, “Lifting as We Climb” comes from the words of African American suffragist, Mary Church Terrill—founder of National Association of Colored Women and Charter member of the NAACP: “And so, lifting as we climb, onward and upward we go, struggling and striving, and hoping that the buds and blossoms of our desires will burst into glorious fruition ere long. With courage, born of success achieved in the past, with a keen sense of the responsibility which we shall continue to assume, we look forward to a future large with promise and hope.“

“Lifting as We Climb” in four musical movements and with connecting historical narrative celebrates the generations of women (and men) who worked tirelessly for the enfranchisement of women and on those who shone the light of truth on male privilege, white privilege and corporate privilege.

Bayard Rustin: The Man Behind the Dream

Description:
Bayard Rustin: The Man Behind the Dream premiered January 2017. The composition honors the life and work of openly gay African American civil rights activist Bayard Rustin. Rustin was a huge influential voice in the civil rights movement. As a Quaker and pacifist, he taught Dr. Martin Luther King the principles of non-violent direct action, and shaped the very core of civil rights strategy. However, since Rustin was a gay man, his story and influence was systematically hidden from history books.

In addition to portraying Rustin’s childhood and young-adult years, the composition culminates with the story of the 1963 March on Washington, Dr. King’s I Have a Dream speech, and the work of current day Black Lives Matter queer activists.

Check out an interview about the composition on Minnesota Public Radio.

Description:
June 28, 2019 marks the 50th Anniversary of the Stonewall Riots and ultimately the birth of the modern LGBTQ civil rights movement. The protests at Stonewall lit the fire for PRIDE, the effects of which are still as vital today as they were 50 years ago.

To commemorate this important historical event, over two dozen GALA choruses co-commissioned a choral work titled Quiet No More. The songs focus on the historical impact of the Stonewall Inn Riots and the relevance of the message to “stand up” and “speak out” for justice and equality over fifty years later.

Quiet No More was devised and conceived by Dr Charles Beale (NYCGMC), Dr Joe Nadeau (GMCLA) and Jason Cannon. It was commissioned by The New York City Gay Men's Chorus and Gay Men's Chorus of Los Angeles along with the following co-commissioning choruses:

Many thanks to GALA Choruses for funding the educational materials associated with the project. 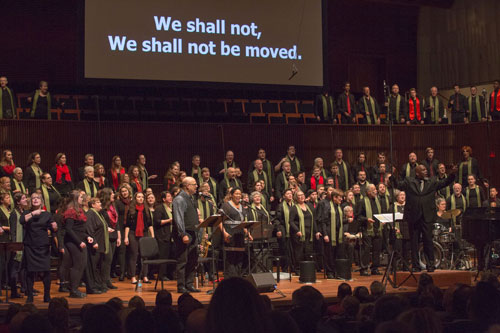 Steve Milloy conducts the premiere of The Man Behind the Dream.

Want to attend a choral festival like no other? Join us at GALA Festival 2020! And watch the video highlights from Festival 2016 in Denver.