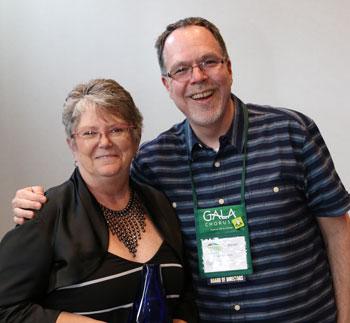 Looking for ways to fundraise during the Covid-19? See Fundraising & Financial Resources.

With the COVID-19 creating chaos for chorus concerts, many choruses are pursuing creative performance options including streaming previously filmed concerts and creating Virtual Choir Performances. The information below addresses licensing for both live-streaming and re-posting a concert.

If you have previously recorded a concert and want to stream it publicly for one-time or on-going viewing be sure to review these guidelines for licensing.

Download these guidelines for licensing to stream a concert – PDF

According to copyright law: You are required by law to only post pre-recorded (as opposed to streaming live) performances (on any platform) of copyrighted music when permission has been granted by the copyright holder. Posting a recorded performance (like re-broadcasting a stream) is the same as posting anything else that is pre-recorded). Performances of music in the public domain may be posted. If you are posting or selling audio only, you need to obtain a mechanical license. If you are posting video (even if it’s just a slide show) and audio, you need to obtain a sync license. There are a number of agencies that can help with this, or you can contact the copyright holder yourself. Please note that if the copyright holder changes (for example is sold to another company), use permission can change.

a) It is important to obtain permission before uploading a performance with audio and video. You can obtain direct permission from the copyright holder, get a “sync license,” or see other considerations below.

The following publishers have given permission to upload performances of their published music to YouTube:

b) YouTube has taken down their music policies search page that told us which music had been negotiated for permission to upload (sometimes with ads placed by the copyright holder. This is their statement:

As you've probably heard, we’re in the process of moving over to the new and improved Studio. As a result, we're focused on migrating and building features where we see healthy usage with impact on creators’ goals.

This one unfortunately didn’t make the cut. We introduced this Music Policies tool years ago to help creators proactively avoid copyright issues with music in their video. But it’s seen low usage and would need substantial work to be migrated and improved. Moreover, we’ve found that creators are addressing this need by uploading their videos as private or unlisted in order to spot any issues before publishing videos, which we plan to build a better experience around in the new Studio.

It appears that the negotiations are still in place, we just do not have a way to search for them at this time. Proceed at your own risk.

Considerations:
- are there are numerous other performances of the piece you’d like to upload?
- Is this a recording of a previously recorded public performance? (see below)

New information from ASCAP, as relayed by William Southerland:

Apparently all three PROs (ASCAP/BMI/SESAC) have established agreements with both Facebook and YouTube to allow public performances of music to be posted online.

Now, this does not technically constitute a synchronization license, so officially the copyright holder could still request that it be taken down. However, the ASCAP representative I spoke to said this would have to be done through ASCAP, and that ASCAP would never itself seek to take down any content for which it manages the rights. Said another way, the copyright holder whose work is represented by ASCAP would have to contact ASCAP to pursue having the content taken down, not Facebook or YouTube.

When I asked for clarification as to why ASCAP doesn't consider this to be a circumstance where synch licenses are needed, the representative said that the internet represents "the ultimate public space." Therefore, it is ASCAP's view that they have the right to manage public performance rights on the internet as well.

Note: these guidelines below are for LIVE stream only and do NOT address re-streaming a concert.

Download this guide for technical information regarding live streaming a concert.

Disclaimer: The information provided on this website does not, and is not intended to, constitute legal advice; instead, all information, content, and materials available on this site are for general informational purposes only.

"Together/Apart: Connecting Our Voices In the Age of A Pandemic" was SDWC’s first all-virtual concert, highlighting the importance and joy of maintaining connections with family and friends during this trying and uncertain time. Members of the San Diego Women’s Chorus will be joined by additional vocal contributions from the Phoenix Women’s Chorus, San Diego Chorus of Sweet Adelines, the Cincinnati Gay Men’s Chorus, and various dancers and movement artists.