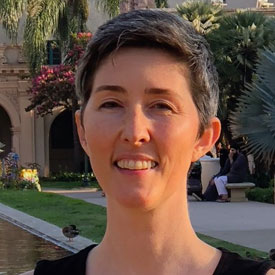 Kathleen Hansen has been working in the field of music education and performance since 1998. She has a Bachelor of Music degree specializing in music education and trumpet, a teaching credential, and a Master of Music degree in conducting. Kathleen is passionate about providing meaningful opportunities for all people to connect through musical experiences. She believes in the power of good musical programming, effective team training, and mission-based organizational leadership to build life-changing choruses. In addition to her work with San Diego Women’s Chorus (GALA), Kathleen directs the Sun Harbor Chorus and San Diego Chorus of Sweet Adelines International, where she is one of 30 worldwide “International Faculty”. She is an active clinician, adjudicator and vocal coach.

You can reach Kathleen at artisticadvisor@galachoruses.org. 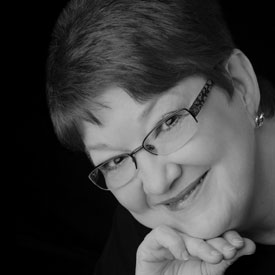 Eve Campbell has worked in the Not- For-Profit industry all of her adult life and loves being involved in mission driven experiences. As an early member of The Women's Chorus of Dallas she found her passion for the gay and lesbian choral movement. She served as the Executive Director of TWCD for over ten years and currently works as a consultant to non-profit arts organizations. Eve has served on numerous non-profit boards including the GALA Choruses board, with a term as president during the Festival Year 2000 in San Jose, CA. During her time with the GALA Choruses board Eve began working with member chorus boards to help with strategic planning, crisis intervention, annual planning, fund development strategies and other board issues. Since her first GALA Choruses consult in 1998, she has had over 100 consults with different choruses and other non-profits, many multiple times, as repeat requests have been frequent. She has also presented at Leadership Conferences, Festival and Artistic Director and Manager's meeting. Recognized as both a community leader and a leader in the gay and lesbian choral movement, Eve has received numerous awards including the Legacy Award from GALA Choruses (the organization's highest honor), the Extra Mile Award for service to the Dallas gay and lesbian community and a lifetime membership award with the Women's Chorus of Dallas. You can reach Eve at boardadvisor@galachoruses.org

Member choruses may request the services of a GALA 411 Advisor by completing this form.