Created and managed by Fritz Lambandrake, Paradox Voice Band is San Francisco’s professional, a cappella pop band of powerhouse soloists, booming beatboxers, and street-real rappers. PVB constantly covers and mashes up the latest chart-topping hits with the greatest party songs of all time in exciting, musically adventurous ways. All Paradox music is recorded and performed using just singers’ voices & bodies – no other instruments. Who needs a piano, bass & drums? Paradox Voice Band IS the piano, bass, & drums and the lead and backup vocals too!

Why “Paradox” – what’s with the name? PVB bandmates are the unlikeliest combination of straight, gay, trans, and gender-bending professional singers anywhere in the a cappella pop world. All are welcome. Nobody is judged. Comprised equally of Gen X and Millennial talent, every single member of Paradox Voice Band, regardless of actual age, is hot-wired with youthful enthusiasm and a childlike wonder about the magic that happens when singers of every description transcend their differences and choose to make music together. Paradox is Black, White, Hispanic/Latino, Asian, Middle Eastern, Native American; Christian, Agnostic, Atheist, Muslim, Jewish, Buddhist; with every level of ability/disability. Really.. with so little in common, this shouldn’t work, but, paradoxically, it does, and it’s the music that makes it possible. 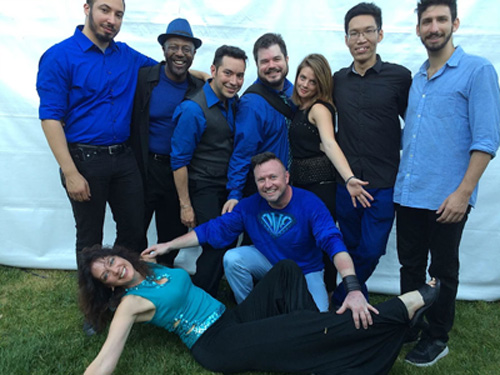 “Your performance was so authentic, vulnerable, and real – it was like a peek behind the scenes. We feel like we know you, who you really are. We loved every minute of it.”
– Dr. Jay Lalezari, San Francisco


Warning: call_user_func_array() expects parameter 1 to be a valid callback, class 'Tribe__Events__Query' does not have a method 'pre_get_posts' in /home/gala/public_html/wp-includes/class-wp-hook.php on line 308