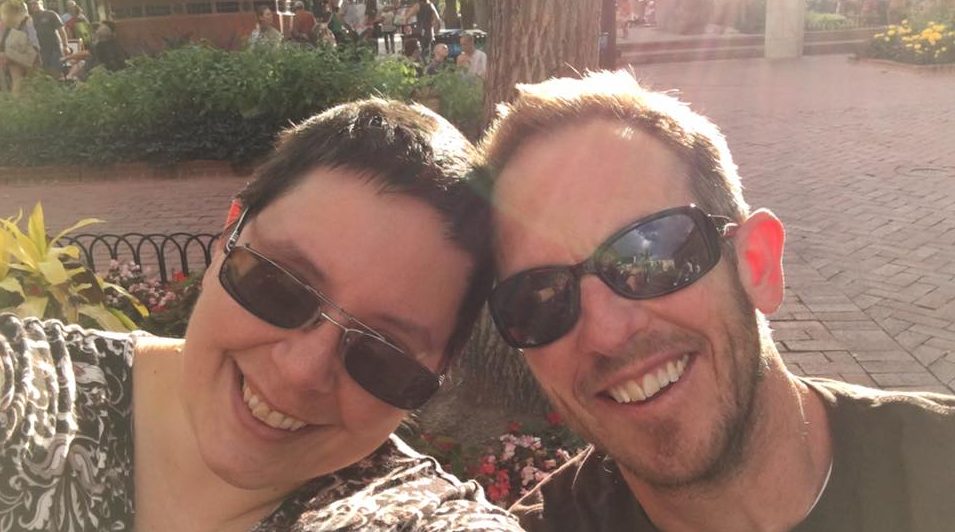 GALA 2012:  My first GALA finally!  I’d been hearing about GALA since Montreal, when I was singing with TransVoices—the second ever (as far as I know) trans choir on the planet, started by One Voice Mixed Chorus for their concert on gender and existing as an independent organization for a couple years beyond that, during which I was co-chair.  In particular, I’d heard about the GALA trans festival chorus and was really looking forward to being a part of that.

Imagine my surprise, and disappointment and outrage, to find not only no trans festival chorus, but no trans anything at the 2012 GALA—no social gatherings for trans people, no mention of trans contributions in the GALA history retrospective, nothing to reflect back my experience or help me to connect with others like me.  I sang with the festival mixed chorus, where the director repeatedly referred to singers as “men” and “women,” and, even within my home chorus I felt erased as a trans person, despite having a spoken part during our program about being trans.  Because that organization believed that people’s privacy as LGBT folks needed to be protected (even at an LGBT event), a cisgender guy was assigned my piece to read—and spent the rest of the festival having to explain to well-wishers that he was not in fact trans and that wasn’t his story, while I remained disconnected from my own story and totally invisible at “The World’s Largest Gay and Lesbian Choral Event.” 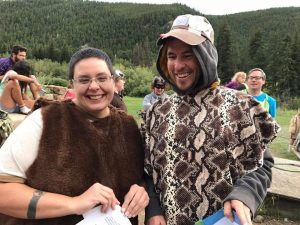 Since I had no way to find other trans folks, I stood outside Buell with a homemade sign that read “Trans at GALA?” and organized an impromptu Meet and Greet in the sculpture garden.  We made plans for our own trans festival chorus for the next GALA and I personally decided that such trans invisibility would never happen again, even if I had to start my own chorus.

GALA 2016:  Because I’d voiced complaints about the previous GALA, I found myself invited to be one of the organizers for the 2016 festival.  A handful of us were tasked with making the festival more welcoming—from bathrooms to programming to social gatherings—for trans people and people of color, in particular organizing an open dialogue safe space room.  It was very satisfying seeing new folks coming to their first GALA festival and having a very different experience than my first—to see that real change could be made.

I did indeed end up starting my own trans chorus in Colorado as a result of my GALA 2012 experience and, though trans choirs have been popping up all over the country in the last couple years, the Colorado Trans Community Choir and Arts Collective (now called Phoenix) was the only individual trans chorus that performed in Denver.  I did sing in the trans festival chorus and even sang in the Women’s Voices Rising concert where the trans contingent was welcomed with deafening applause, evidence of a massive sea change around trans issues more broadly.

GALA 2020:  My experience with the 2016 festival has galvanized my hopes for 2020 in Minneapolis.  One of the things I’m working on is ensuring that there will be a bi/pansexual festival chorus.  In the preparations for 2016, I was very conscious that, though we were highlighting the needs of people of color and trans folks, issues of economic access and bi/pansexuality were not even on the table.  Economic marginalization is a serious challenge in communities of color (where median household wealth among Blacks is 16 times less than white households, for instance) as well as trans communities (the national unemployment rate for trans people is a whopping 70% and trans folks are 4 times more likely to have household annual incomes of less than $10,000).  We cannot improve the festival experience of folks if they are not even able to attend.

One of our liveliest Open Table discussions at the 2016 festival was around dating and what happens if your relationship model/preferences don’t fit the GALA norm.  When I mentioned to a singer in my former GALA chorus about the lack of attention to bi/pansexuality, she responded “Oh, that’s because bi is basically straight.”  Contrary to the broad assumption of bisexual privilege by gays and lesbians, bisexuals are actually far more likely to live in poverty and to experience the mental and physical health challenges of marginalization than lesbians and gays.  In addition to the erasure of bisexuality, pansexuality, asexuality and other expressions of queerness, given that our sexual options tend to operate in a same sex/opposite sex framework, many trans people simply do not fit into this schema (since I am a hybrid, I don’t really know what “same sex” or “opposite sex” would mean for me…).

Another key issue that emerged from the Open Table discussions was the need for greater disability access, broadly speaking.  Especially for performers with any kind of physical challenges, navigating stairs and elevators, backstage and onstage cords and cables, and unknown far distances—often in a rush—can be very overwhelming.  Even simply knowing better what to expect can be helpful.  And, given the amount of people participating and degree of stimulus involved, there was considerable interest in having quiet zones at GALA, where introverts and others sensitive to stimuli could take refuge while waiting to go onstage, for instance.

While I’ve been doing a lot of work with the GALA organization since the election around unlearning racism, my passion is to shift “diversity” dialogues away from focus on particular groups, instead investigating the underlying power dynamics and assumptions around “inclusion” as a model for social justice.  A goal of “inclusion” can often reinforce the very power dynamics we want to change between those at the cultural center (whether the culture in question be the national mainstream or the GALA mainstream) and those who feel marginalized, and inattention to the underlying power dynamics tends to just create new outsider groups as soon as some are brought in to the center.  A project of decentering rather than inclusion, I believe, would bring an expansive multiplicity that would benefit everyone and I look forward to seeing this vision more fully realized at GALA 2020.