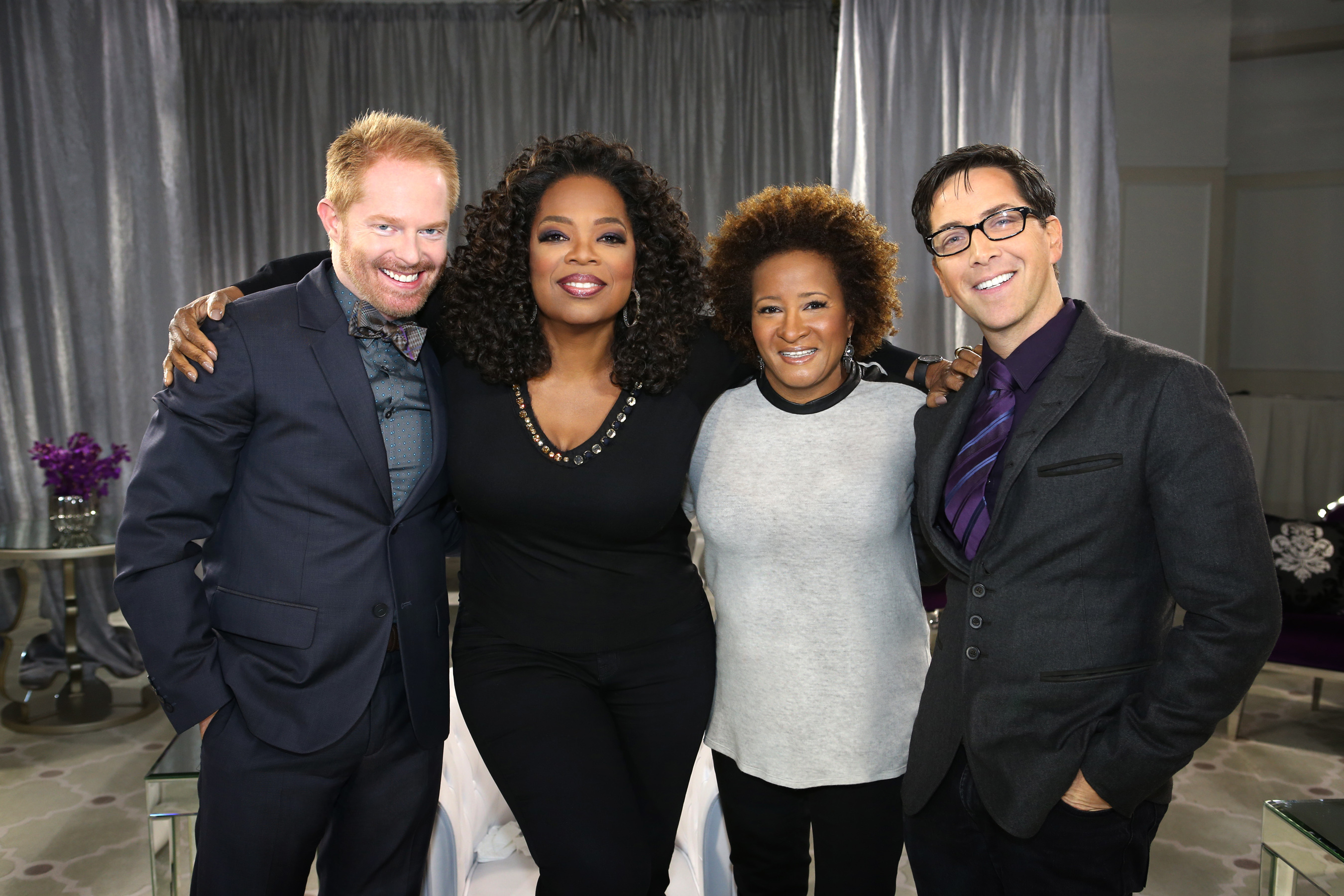 This Sunday on OWN – Gay Hollywood and Bridegroom

New programming this Sunday the 27th on the Oprah Winfrey Network (OWN):

OWN: Oprah Winfrey Network will present a special night of programming focusing on the conversation around being gay in America on Sunday, October 27.  “Oprah’s Next Chapter” leads off the night (9-10 p.m. ET/PT) and will feature an in-depth conversation with Oprah and popular gay celebrities including comedienne Wanda Sykes, “Modern Family” star Jesse Tyler Ferguson and “Scandal” star Dan Bucatinsky.  Immediately following is the world television premiere of the groundbreaking documentary “Bridegroom” (10 p.m. – 12 a.m. ET/PT) from filmmaker and “Designing Women” creator Linda Bloodworth Thomason.  The film chronicles the true story of a gay couple facing the insurmountable obstacles presented by the lack of protection that is supplied by legal marriage.

“OPRAH’S NEXT CHAPTER” – GAY IN HOLLYWOOD

Sunday, October 27 from 9-10 p.m. ET/PT
Oprah hosts a conversation about being gay in America with comedienne/actress Wanda Sykes, “Modern Family” star Jesse Tyler Ferguson and “Scandal” Emmy award-winner Dan Bucatinsky. The actors talk openly about the time when they realized they were gay, how they came out and the impact being gay has had on their careers in Hollywood.

First Look: Gay Hollywood on Oprah’s Next Chapter
The series is produced by Harpo Studios. Executive produced by Tara Montgomery and Andrea Wishom.

Sunday, October 27 from 10 p.m. – 12:00 a.m. ET/PT
“Bridegroom” is a documentary film by director Linda Bloodworth Thomason (“Designing Women”) that tells the emotional journey of Shane Bitney Crone and Tom Bridegroom, two young men in a loving and committed relationship that was cut tragically short.  The story of what happened after Tom’s accidental death– of how people in relationships without the legal protections of marriage can find themselves completely shut out and ostracized by family members – is poignant, thought provoking and sheds more light on the issue of marriage equality and human rights.

On the anniversary of Tom’s death, after a year of documenting his own grief, Shane decided to make a video tribute to his partner entitled “It Could Happen to You.” The video went viral and has garnered over four million views.  Although it was a cathartic process for Shane and a tribute to the love of his life, more than anything, he wanted it to serve as a warning to other LGBT couples, and to show the world what can happen when two people are legally barred from having equal rights and protections that are granted to others under marriage laws.

The film has earned numerous accolades, including audience awards at the TriBeca Film Festival, where it was introduced by President Bill Clinton, and Outfest Los Angeles Film Festival.  Shane continues to work alongside organizations including GLAAD and the Human Rights Campaign to promote equality, and received the Harvey Milk Civil Rights Award in 2012.  “Bridegroom” will be available on DVD onNovember 19, 2013.

What critics are saying about “Bridegroom” …

“Powerful and heartbreaking. The kind of film that can change hearts and minds.”
Dave Karger, Fandango.com

“This deeply moving documentary has the power to change hearts and minds.”
Frank Scheck, The Hollywood Reporter

“Beautiful, potent and grand…One of the most affecting films of the year.”
Kevin Taft, Edge Media