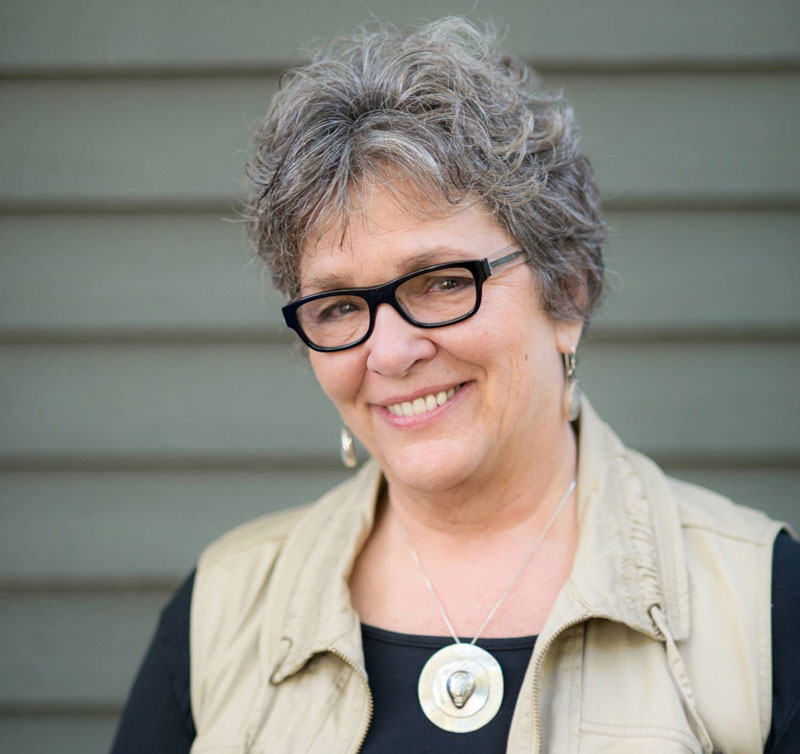 Posted on: May 12th, 2018 by GALA Communications GALA Articles No Comments

The following text is from Donna Red Wing’s keynote address at the 1995 GALA Leadership Conference (now the GALA Symposium) in St. Louis, MO. Donna spent over three decades in the limelight as a cultural warrior battling homophobia, but she lost the battle with cancer on April 16th. She will be sorely missed.

The writer Paul Monette said, “Our stories have died with us long enough.” For far too long we have lived our lives in the shadows, living the love that dared not speak its name. We were those twilight lovers, those old butches and femmes and queens. We have lived and loved in silence, in fear, in anonymity. The most extraordinary and wonderful women and men lived in the suffocation of the closet, our voices muffled, our vision blurred, our possibilities and our potential limited by the invisibility and the reality of living in a society that has despised us.

Tonight, I would like to talk to you about who we are, as gay and lesbian people, where we’ve been – and where we may be going. I want to talk about our vision and the tremendous opportunities and challenges that face us as we move into the next millennium.

The gay and lesbian movement, in the United States, is a very young phenomena – we must remember that. While there were gay and lesbian institutions as early as the 1890s, we did not, as a movement, begin the work of activism and advocacy until the 1960s. Clearly, the Stonewall riots of 1969 are considered the genesis of the modern liberation movement.

But before Stonewall, we did create community and controversy … But what was it like, outside of the political community, outside of the literary circles, to be a gay man or a lesbian in this country? There was so little written about us then. There is so little left. Our stories, for the most part, did not survive.

We no longer live in the shadows. We’re here, we’re queer, and we are out there. We have made tremendous steps forward. We have had real victories. Our issues are discussed and debated in town halls, in state legislatures and on Capitol Hill. There is a media buzz around us that is unprecedented.

I have one question for you, as we look at the good news, as we savor our incremental victories, as a gay man, a lesbian, a bisexual person, one question to you: Who defines you?

Somebody else is defining us – somebody else is creating a national perception of what it means to be gay. And this is the bad news – that somebody else is the Radical Right. Clearly, a holy war is being waged against us; it is the backlash to our victories. It is not politics as usual; it is about how – and if – we get to live our lives.

We do not have a choice, whether or not we engage, our engagement is defined by who we are. If you are an out and open gay man, lesbian, bisexual or a transgendered person, it is your struggle.

You cannot fight this battle from the closet. Your voice cannot be heard behind that closet door. I know that being out, especially now, especially in this political climate, is probably the most frightening and most dangerous thing you can do. It is also the most liberating thing you can do – coming out is the most profound political act of your life.

So now you may be asking: what does all of this have to do with me? This conference is called “Voices and Visions.” It is about choruses and audiences, singing and interpreting, about practice and performance and production. What does all this political stuff have to with you? Everything!

You, the gay and lesbian choruses, you put a face to the abstraction of homosexuality. You put a magical voice to the mix. Your extraordinary lives are put out for the world to see. You challenge the stereotypes by your very existence!

You are, as members of gay and lesbian choruses, you are miracles of survival. You counter the hate and the bigotry with a voice that transcends. In places where there are sodomy laws and anti-gay legislation, you disarm even our loudest critics with your performances. Your ranks have been decimated by our government’s genocidal response to AIDS, yet you continue to sing with joy and vitality. You remind your audiences of our humanity with grace and tenderness.

You sing in big city concert halls and you travel to small rural municipalities. You have inaugurated governors and you have sung for senior citizen groups and in high school auditoriums. You sing at far too many memorial services, and far too few commitment and naming and baptismal services. You bring our existence into the homes and into the minds of people who may never have even thought of us in a positive manner.

Don’t ever tell me that you are not political. Don’t ever tell me that. You are our cultural warriors. You truly change and heal hearts and minds. You take the reality of what it means to be gay and lesbian and you make it public. You wrap it in the magic of your music and you present it as a gift, a gift to your brothers and sisters and as a gift to the larger community.

Keep it up, my friends. Keep it up.

As an activist, I want to thank you for your gift. Your work has moved me and motivated me. During the infamous Measure 9 battles in Oregon, it was the Lesbian Choir and the Gay Men’s Chorus in Portland that offered performances that were like an oasis in the bitter desert of battle. I can remember sitting back in my seat, closing my eyes and just letting your magic wash over me and for those brief moments I was reminded of the reasons for the struggle. I’d listen to valiant out and open performers, people willing to take the stage, even in the middle of the holy war. People willing to put their faces to the reality of what it meant to be gay and lesbian in Oregon. That is a kind of courage that is extraordinary and rare.

I also remember thinking that a chorus could be a model for organizing. Behind the scenes, in practices and meetings, I am sure that there were all kinds of dynamics, disagreements and tension. Yet, somehow, all of those different voices, singing different parts, came together, under the spotlight as a cohesive musical power. Each performer had her or his piece and each performer added their voice to the collective work. Each performer sang as a part of the whole, from time to time one voice emerged, or one personality emerged but each was a thread in the fabric of the whole. I’d love to see that model used in our political work – perhaps you can help us with that.

We will win because you’re here and you’re queer. You are everywhere, and you are singing for our lives.