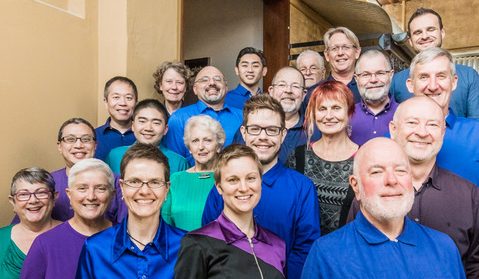 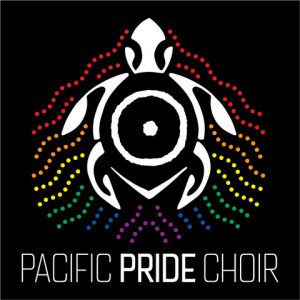 Pacific Pride Choir, made up of 50 choristers from across Australia and New Zealand will travel to Germany and Poland next month for a series of friendship concerts and outreach activities. Founded by Sarah and Melanie Penicka-Smith, Pacific Pride Choir has been created as an occasional touring choir to contribute to the visibility and acceptance of LGBTQI people in areas of the world where homosexuality is legalised but not fully recognised.

As well as performing public concerts in Berlin, Warsaw and Krakow, the choir will work in partnership with local LGBTQI organisations and individuals in Poland to help create visibility, solidarity and recognition through the uniting power of music. While homosexuality has never been illegal in Poland, the country does not allow same sex marriage and adoption, and does not recognise transgender people. Pacific Pride Choir hopes that its accessible and inclusive concerts will contribute in some small way to overcoming prejudices and discrimination through a joyous celebration of diversity.

“The idea for the Pacific Pride Choir was born during the Sydney Gay & Lesbian Choir’s 2014 tour to Helsinki, Tallinn and Riga,” said Sarah, former SGLC Music Director. “We were overwhelmed by the response to our time in countries unused to seeing ‘out’ gay and lesbian people. The LGBTQI advocacy groups we met with, which were chronically understaffed, told us that gaining any kind of media coverage was a struggle. But SGLC’s tour attracted media attention and the words ‘gay and lesbian’ appeared on national television in a positive context.”

“Local queer folk told us how they felt less alone seeing us sing in public, how they wished they could have their own choir, and how we were so desperately needed in other parts of Europe,” said Melanie, Sarah’s wife and Choir co-founder. “With Australia also still fighting for marriage equality, we see this as a journey to be shared.”

The touring choir will fly from Australia and New Zealand and meet together as a group for the first time for a three-day rehearsal in Berlin commencing on 11 July. They will perform a joint evening concert with Berlin’s queer a-cappella choir Rosa Cavaliere at the historic Emmauskirche on Friday, 14 July. The Choir will then travel to Kraków in Poland for a joint concert with Krakofonia at Teatr Nowy on Sunday 16 July. Then it’s on to Warsaw where there will be a joint concert with Chor Voces Gaudiae at Agnieszcka Osiecka Studio on Wednesday 19 July. Both of these Polish LGBTQI choirs were formed as recently as 2014 and are looking forward to sharing their music and their experiences with the Downunder touring choir.

For Pacific Pride Choir’s first tour, Sarah and Melanie have chosen a varied repertoire. “The program will include the joyful new song, Marry Me by Lawrence and Kathleen McGuire and the beautiful Australian Indigenous song Inanay as sung by the group Tiddas,” said Sarah. “We will perform the Irish pop hit Take Me To Church, which Hozier wrote in response to his frustration at the Catholic Church’s stance on homosexuality. We will also be learning some Polish language songs.”

The plan is for Pacific Pride Choir to meet every two years, starting with a rehearsal camp, and to then tour to places where it is felt that LGBTQI outreach can make a real difference. The Choir is open to anyone in the LGBTQI community and its straight allies, from anywhere in Australia, New Zealand, Asia and beyond. Experience singing in a choir is preferable but not essential.

If you are in Berlin, Krakow or Warsaw on the dates listed below, please come along and join in the solidarity of these concerts.