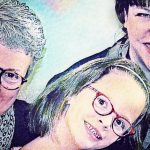 I can’t believe it happened! I woke up Wednesday morning and my 9 year old daughter and I immediately turn on the television. She’s in tears and I’m in total shock. Hillary Clinton has lost the election and Donald Trump is our President Elect and will be the President of the United States in January. […]