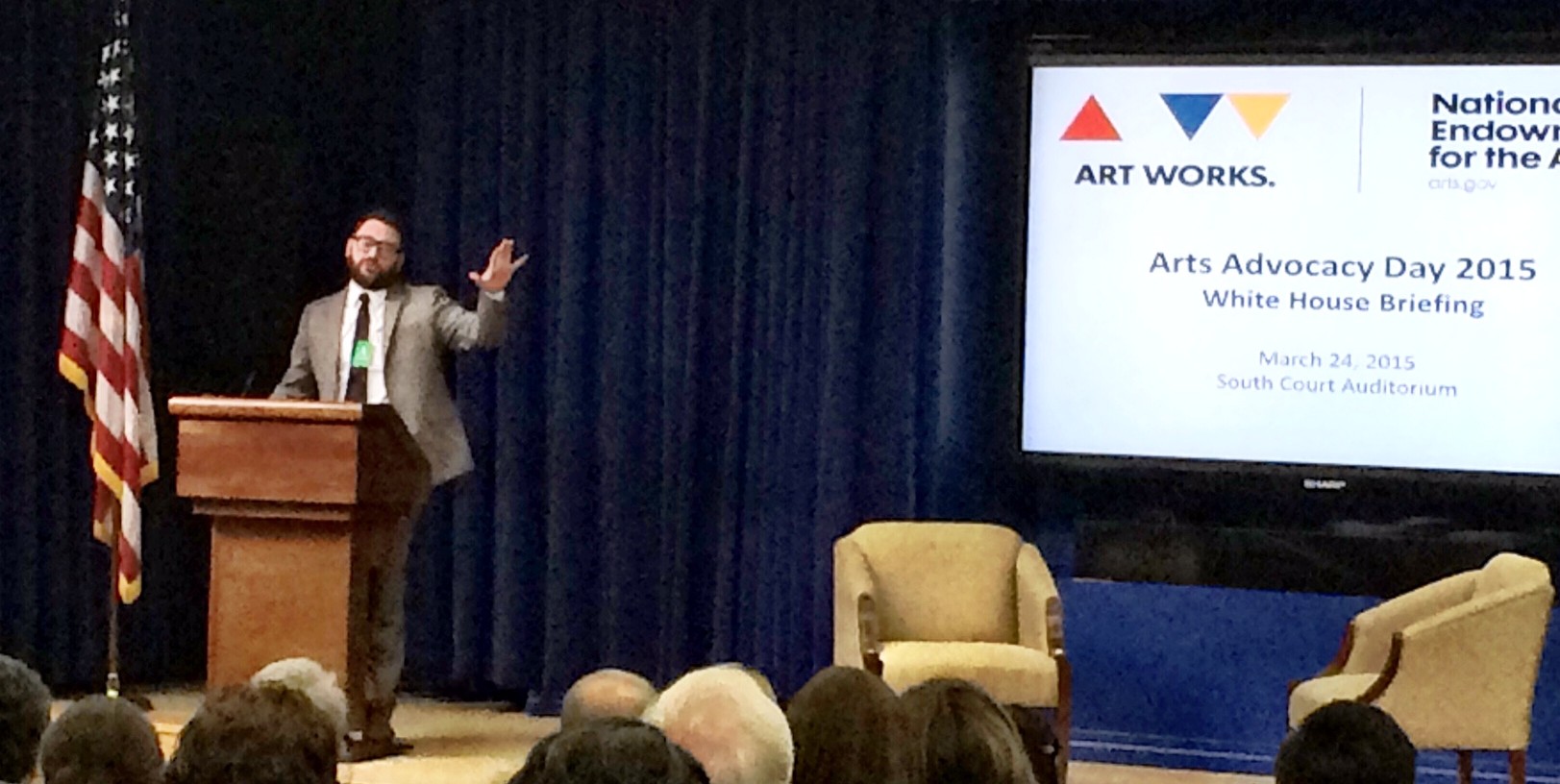 GALA board president Mindy Taylor shares some photos and experiences from her time in Washington D.C. for Arts Advocacy Day 2015. Events were held March 23rd and 24th and serve as a way for organizations to receive crucial advocacy training from experts in the field and then put that training into practice. Here’s Mindy:

“As GALA was a national co-sponsor of this year’s Arts Advocacy Day, I had the opportunity to attend the White House Briefing. Pictured is Deputy Director, John Abodeely of the President’s Committee on the Arts and Humanities. Abodeely reported on an evaluation report of “Turnaround Arts,” a public-private partnership that aims to test the hypothesis that strategically implementing high-quality and integrated arts education programming in high-poverty, chronically under-performing schools adds significant value to school-wide reform. Some key findings:

The full report can be found at pcah.gov.” 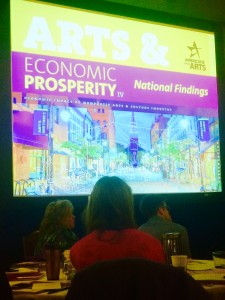 “One of the main presentations by the Americans for the Arts organization was and update on Facts and Figures. It focused on how the arts impact the economy, appropriations history, and private giving history. According to the US Bureau of Economic Analysis, arts and cultural production contributed $699 billion to the nation’s economy in 2012. This represents 4.3% of the GDP, a share of the economy larger than transportation, tourism, or agriculture.” 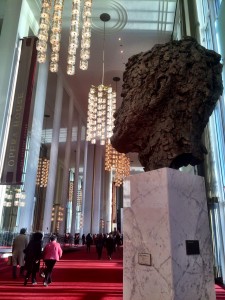 “This year’s Americans for the Arts 28th Annual Nancy Hanks Lecture on Arts & Public Policy featured Norman Lear, groundbreaking tv producer, author and social activist. He was introduced by Common. Music was provided by the Atlanta Symphony Youth Orchestra and Voices of Inspiration. A beautiful and inspiring evening at the Kennedy Center!” 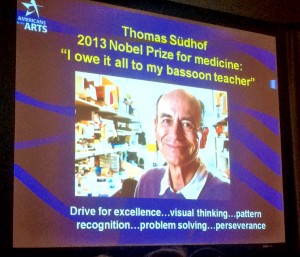 “I thought this slide conveyed a particularly compelling message. Schools and employers rank a degree in the arts among the most significant indicator of a job candidate’s creativity and innovation skills. Students with four years of high school arts and music classes have higher SAT scores than students with one-half year or less.”